You gotta love email.  In seconds, I can transmit a message around the globe to one person or to hundreds of people, or I can share a photo of my dog, Georgia.  Or you can email your parents' attorney and tell the attorney what changes to make to your parents' estate plan to exclude one of your siblings.  Whoops.

In Estate of Boman, decided earlier this year, the on-going feud between two sisters and their brother, plus a little "spice" mixed in with the stepmother, resulted in jury trial supporting the claim of undue influence for a will and also intentional interference of inheritance by the sisters.  The court's ruling specifically identified the numerous email communications from the sisters to their dad's attorney as significant evidence supporting the brother's claim.  While the brother (will contestant) was not able to successfully support his claim of lack of capacity as his evidence failed to find lack of capacity for "the day the will was signed", his jury verdict was still upheld on appeal by the Iowa Court of Appeals.  In addition to lack of communication, serious allegations of behavior, the sister's callousness of not even telling their brother about their father's death and funeral further supported their actual malice and thus the nearly $200,000 in punitive damages against the sisters was also affirmed.

Ah, the joy of email. 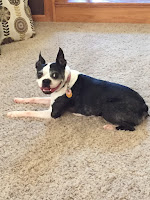 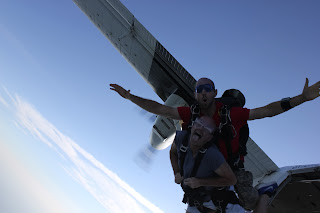 This past year, I had the opportunity to go skydiving. What a blast! I had wanted to skydive for a while so I was anxious to jump out. However,  when you are on the edge of the plane door, looking out at the ground several thousand feet below you, a slight pause is a natural feeling. Thinking about your possible demise can be unnerving. Similarly, sometimes doing your estate planning can have the same feeling.  Unfortunately death is a certainty for all of us and it doesn't necessarily get any easier later on.
As I stood on the edge of the plane, I didn't pause long as my tandem guide jumper basically pushed me out (with him and the parachute thankfully).  My job as your estate planning attorney is to do the same thing. Push you out of the plane!  Or, better yet, to get your affairs in order (just in case that parachute doesn't open).

Cheated Out of an Inheritance? Better Stay on Your Toes If You Want to File a Lawauit.